I've been finding it hard the last couple of weeks to feel motivated to come up with some interesting things to say, recipes and pics for you. I've had this vicious cold which seems to be going around and it really knocked me about - time for me to get high-raw again methinks - and its hard to feel energetic about anything when your head feels like its full of cotton-wool, your nose won't stop running, and your cough could be mistaken for a vicious dog barking!

HOWEVER! I did manage to snap a pic of those Kale Chips I made a while back, so here's the final product: (They were so yummy I'm amazed they lasted me two days - what restraint I showed! hehehe) 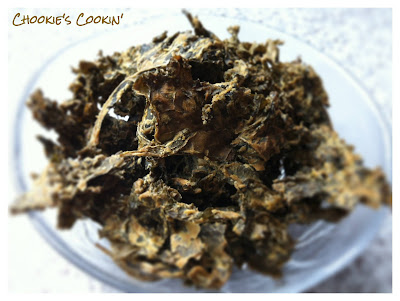 They are a PERFECT on-the-go snack for raw foodies - I just threw these in a ziploc bag and there you go, instant delicious and healthy snack to take with you! (The recipe is here btw)

I also made my very first attempt at a mock rice/rissotto type dish, which I've been wanting to try out for a while - I've seen a few recipes around and had a think about how I'd do it in the TMX and it turned out pretty well. 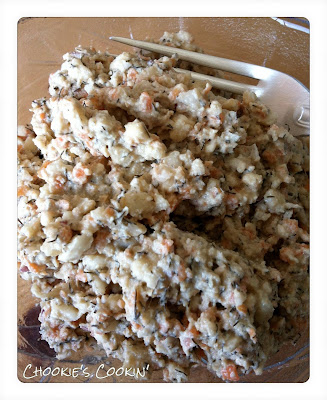 1. First make the "Dilled Sour Cream": Soak 3/4 cup of sunflower seeds in water at room temperature for 2-4 hours. Rinse then drain. Add seeds to TMX along with small handful of fresh dill, (or 1-2TBSP dried dill), 1-2 tsp sea salt, 1/2 TBSP Apple Cider Vinegar, 10g Cold Pressed Extra Virgin Olive Oil, and 100g water. Blend all ingredients for 1 minute on Speed 9. Scrape down the sides of bowl and blend for a further 1-2 minutes on Speed 9 or until a smooth, creamy texture is reached.

2. Quarter two medium carrots and chop in TMX for 5 seconds on Speed 5.


3. Add 1/2 a head of cauliflower (broken into florets) and 1/8 red onion (optional) and chop for 10 seconds on Speed 4. This should result in a rice-like consistency.

The use of the sunflower seeds to make the sour cream, and the carrot makes this a really affordable dish, and it tasted pretty great too! :D

I've also been whipping up some fabulous Green Smoothie's (as per usual, for me the day isn't off to a good start until I've had my green smoothie!). Recently I've been enjoying a lot of watermelon in mine, and I've also added two organic raw powders that I alternate between - one is a green powder of Spirulina, Chlorella, Wheat Grass and Barley Grass, the other is a power berry one (pomegranate, acai berries, goji berries etc). I just add a tsp of one of these to my smoothies for the extra nutrients, and the green powder especially seems to make a big difference to my energy! Here's Jon after enjoying some of my Kale/Pineapple/Fresh Mint/Green Powder smoothie which was breakfast yesterday: (Aren't they just the bluest eyes you've ever seen??? Perhaps I'm biased......so sue me! :P) 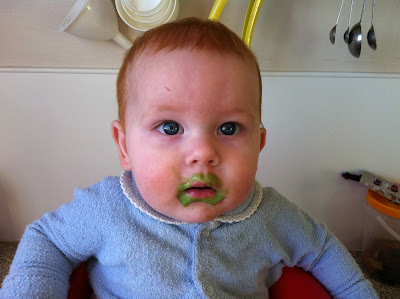 Another experiment I had which turned out to be delicious was also Risotto-related - I wanted to make a savoury dinner risotto type dish which was gluten free. I'm a HUGE fan of risotto in general - its always so delicious and super easy in the TMX, but regular risotto can often leave me feeling bloated and heavy in the tummy, whereas a gluten free version doesn't give you that heavy feeling. So I made a pilaf using Quinoa instead of rice, which came out just great:


1. Cut 50g parmesan or pecorino cheese into small cubes and grate in TMX for 10 seconds on Speed 9. Remove from bowl and set aside.

2. Rinse TMX bowl, then weigh 200g of Quinoa into the rice basket, sit into TMX and pour 1200g of water over. Cook for 17 minutes  on 100°C on Speed 3. Remove rice basket using spatula and set aside the cooked quinoa in your Thermoserver or other bowl. 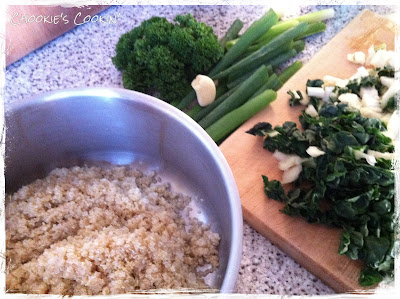 3. In TMX bowl dice 2 shallots, 2 cloves of garlic, and a handful of parsley for 3 seconds on Speed 7. Add 150g chopped silverbeet (including stalks) or spinach, 150g bacon pieces, and 30g Extra Virgin Olive Oil. Saute at 100°C for 5 minutes on Reverse & Speed 1 with MC Off (to allow it to sweat).

4. Return Quinoa to TMX bowl, add 1tsp-1dssp TM Vegetable Stock Concentrate (depending on how salty you want it) and 150g boiling water and cook for 4 minutes at 100°C on Reverse & Speed 1½.

5. Pour pilaf into Thermoserver and stir through most of the Parmesan/pecorino cheese leaving some aside. Serve out and garnish each bowl with a little parmesan and chopped parsley like so: 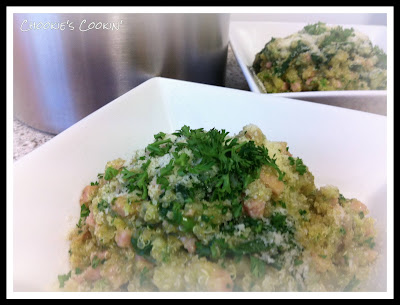 * For a vegetarian or vegan option, I would substitute some mushrooms instead of the bacon, and perhaps use Nutritional Yeast Flakes (2-3tbsp) instead of the cheese. You would also need to increase the stock to compensate for the saltiness of the bacon.

This recipe makes enough for 3 main serves or 6 side-serves.

I hope you enjoy the recipes, and as usual, if you have any feedback or questions, please don't hesitate to leave a comment here or on my Facebook Page.